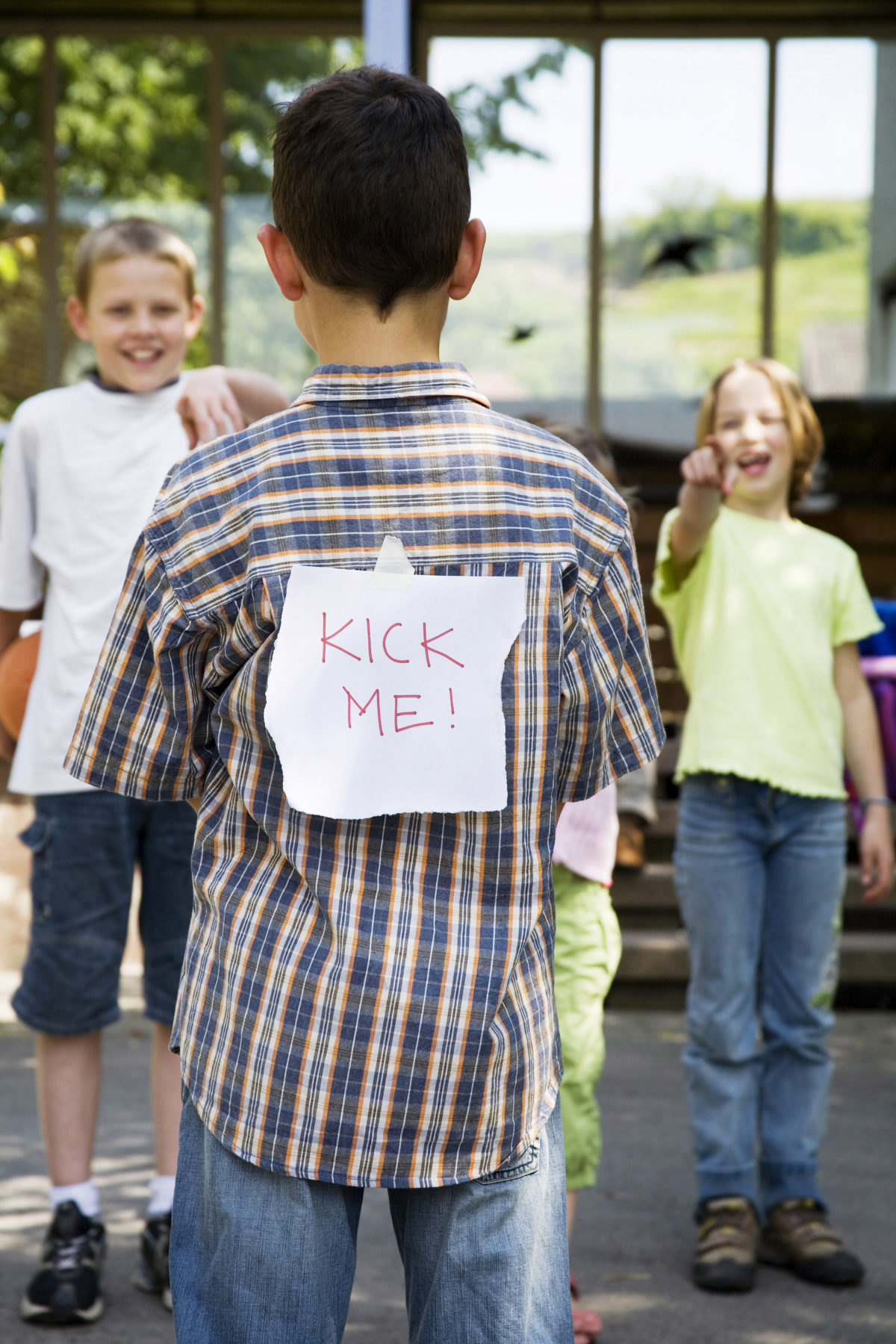 Before the internet, bullying was a problem—but it was a problem that didn’t extend into the pockets, bedrooms, living rooms, and beyond of students’ lives. Parents, educators, and mental health professionals in our communities are aware of how damaging cyberbullying can be—but preventing it can be a major challenge.

Tulane University’s School of Social Work has developed a comprehensive guide that can help you understand cyberbullying and how you can help your students that might have been affected by cyberbullying: https://socialwork.tulane.edu/blog/cyberbullying-awareness-guide

Cyberbullying is a form of bullying that takes place over digital mediums. Students may be cyberbullied on their phones, computers, and other devices by receiving harassing chats, texts, messages, comments, forum posts, and pictures that cause them emotional harm.

Often takes many forms (social media, texting, instant messaging)
Can be public or private
Few parents and educators see cyberbullying in action
Cyberbullies may act alone or in groups
Cyberbullies may act anonymously (Victim never knows who exactly is targeting them.)
Because it’s online, cyberbullies can follow their victims wherever they go

Instead of only tormenting their victims when they are in the same physical space, cyberbullies infiltrate their victims’ lives as often as they want to, sometimes even 24/7. It can be difficult for victims to avoid communications and escape from their attacker. Worse, false or hurtful information, private images, and other communications are recorded permanently online, and could affect the victim’s reputation for years to come.

Though many states still don’t have specific laws that apply to cyberbullying, it’s a growing problem that has gained researchers’ attention. We now have access to ample data on the true dangers of cyberbullying, and we can use that data to prevent kids from being targeted.

Bullies will often stop their behavior temporarily when others intervene on their victim’s behalf, but this is more difficult when bullies shift to cyberbullying, since there are fewer witnesses to the attacks. Additionally, those who might speak out on behalf of a bullying victim in person may be unwilling or unable to do so over a digital medium.

According to cyberbullying statistics, most bullies who engage in online harassment don’t look to the Internet to find their victims—they just use it to extend the reach of their bullying behavior from school to online platforms.

A University of Warwick survey of 2,700 children ages 11 to 16 revealed that only 1% of students had been bullied solely online. Most had experienced both “traditional” bullying and cyberbullying. Cyberbullies still choose their victims at school in the vast majority of cases, and simply use digital platforms as another tool to reach their victims.

Threats have become a common form of harassment, and bullies make these threats either online or through text and email. Some cyberbullies also pretend to be their victims online, in order to damage their reputation, or circulate hurtful images and videos.

Which Students Are at Risk?

Both boys and girls are regularly victims of cyberbullying, and unfortunately, those who are bullied themselves regularly victimize others online.
Overall, girls are more likely to report cyberbullying (40.6% of girls and 28.2% of boys), but both boys and girls reported that they had been cyberbullied in the last 30 days at a similar rate.
Cyberbullying statistics reveal that nearly as many teens and children are bullied online as they are in person—about 34%. Some reports show even higher cyberbullying numbers—the i-SAFE Foundation reports that about 50% of adolescents have both been cyberbullied and engaged in cyberbullying themselves. Though any young person can experience bullying, the most common targets are those perceived as “different” in some way from their peers, which can change based on the cultural context at school.

Cyberbullying can make depression and anxiety more likely to develop, exacerbate existing mental health issues, disrupt academic performance, and impact overall happiness and well-being.
Because of this, it is crucial to make mental health services available to adolescents involved with bullying and encourage them to seek help when they’re being bullied. Some options for mental health services for young people include:

911, for immediate and severe threats
Suicide hotlines, for adolescents in crisis who feel like they have nowhere to turn
School counseling
Family counselors/therapists
Teachers and principals

Cyberbullying, because of its reach into the personal lives of victims, can impact every aspect of life, and affect everything from school performance to relationships with peers and family members.
That’s why it’s so important to look at examples of cyberbullying and remember that these victims (many of whom have committed suicide) had their whole lives ahead of them—lives that were destroyed by cyberbullying.

Because there are so many mobile devices, digital platforms and mediums that can be used for bullying, several different types of cyberbullying have emerged. It’s important to differentiate and understand them, although any type of cyberbullying can cause the victim to become depressed, anxious, or self-harm.

Cyberbullies thrive on social media because the entire social network is interconnected, and there are opportunities to shame their victims in front of their social circles.
Mean comments, making fun of the victim publicly on social media, gossiping, and even threatening through private messages are all ways social bullying occurs.
While some of these platforms allow users to block specific people from communicating with them, cyberbullying can still continue even if the bully has been blocked by the victim. They can still spread malicious rumors, share humiliating pictures, and make fun of the victim to their other connections, continuing their patterns of social media bullying without the victim even being directly accessible.

Harassment is an extremely common component of most types of cyberbullying. This is because harassment is the repeated and unrelenting negative threats, mean comments, and other hurtful activity, which is a defining characteristic of cyberbullying: repetition.

Harassment can occur over all different channels, including text messaging, instant messaging, as part of social media bullying, or on gaming platforms.
Specifically, harassment can mean sharing private communications online with others, targeting the victim relentlessly in group communications, or simply sending hurtful private messages.
An extreme but common form of harassment is posing or impersonating. The bully creates a fake profile of the victim and poses as them (often on dating sites), posting their name, phone number, and other personal details, putting the victim at risk for further harassment and danger.

Instead of taking place over private messaging or texts, flaming usually occurs in a more public setting online, such as a chat group, gaming chat, or forum. The cyberbully (or bullies) send hurtful, angry, or shaming messages to the victim directly, but within the group so others can see. In addition to the effect of the hurtful message itself, the victim has also lost some of their credibility and reputation within the group, and may feel like they cannot be part of the community anymore.

Social bullying doesn’t even have to include talking to the victim—sometimes, cyberbullies torment their victims by doing the opposite.  Instead of directing harassment at the victim directly, cyberbullies sometimes use exclusion, deliberately cutting their victim out of an online group. It’s common for the group to then make fun of the victim and harass them with malicious comments and discuss the victim among themselves.

Cyberbullying prevention is everyone’s responsibility, as it’s crucial for protecting the safety of children and teens all over the world. However, it’s sometimes difficult to tell if an adolescent is being bullied online or not.

There are several reasons that cyberbullying flies under the radar so often, and many well-meaning adults have no idea that there is a problem at all until the issue has become severe. It’s easy for bullies and their victims to hide cyberbullying because parents and teachers don’t see all the communications that occur between young people. So much of cyberbullying takes place over mobile devices and online that it’s very easy for a child to be repeatedly harassed without any adults knowing about it.  Many victims are ashamed, or feel like they can’t talk about what’s going on, even with people they trust. Some fear it will make the bullying worse, or cause their peers to exclude them from social groups.

Though cyberbullying prevention isn’t 100% effective, parents and educators should remain vigilant and apply these tips to help keep kids from being abused by their peers online:

Acknowledge cyberbullying and discuss with children and teens exactly what it is and why it’s so harmful.
Create expectations around online conduct—teens should not send or circulate harmful content including messages, photos, or videos, even in retaliation.
Look for signs of withdrawal, anxiety, depression, irritability, and other changes in behavior. This could indicate cyberbullying or other harassment.
Remind teens to avoid sending or posting anything they would not want shared with all of their classmates.
Be cautious about access to computers, phones, and social media accounts.
Teach young people to safeguard their passwords and personal details online.
Have teens block cyberbullies if they are being repeatedly contacted by someone who is trying to demean, humiliate, or harass them.
Encourage teens to stand up to others who are being harassed, and to report cyberbullying they may witness.
Provide resources such as counseling and hotline assistance for teens who need it.

Over the last few years, high-profile cyberbullying cases have caught lawmakers’ attention. There have been a number of recent cases involving teens who have been harassed online by groups of their peers, individuals, and even their boyfriends and girlfriends, leading to tragic deaths that could have been prevented with intervention.

Though no law can prevent cyberbullying altogether, having laws against cyberbullying is important for raising awareness and prosecuting crimes appropriately.
Unfortunately, there is currently no federal law that forbids cyberbullying. The good news is that most states have added on to their existing anti-bullying laws by specifically adding language that addresses cyberbullying. Only two do not include electronic harassment in their bullying laws.

Of the 48 states that do have laws against cyberbullying, 18 have criminal sanctions, and 12 have proposed criminal sanctions. Cyberbullying laws still have a ways to go, but the foundation is being laid across the nation to recognize and address this severe and growing problem.

Crimes and Punishments for Bullying

Anti-bullying laws vary greatly on the subject of crime and punishment for bullying. Many states leave the cyberbullying punishment up to the schools, however, schools have limited power when it comes to effectively curbing and punishing cyberbullying behavior.  Other states have given schools more assistance in cracking down on online harassment. California schools can suspend or expel students for cyberbullying, while schools in Oklahoma are empowered to work with law enforcement in cyberbullying cases. In every state, schools are expected to respond to cyberbullying reports with a thorough investigation, providing support for targeted students and communicating with the involved students and their guardians.